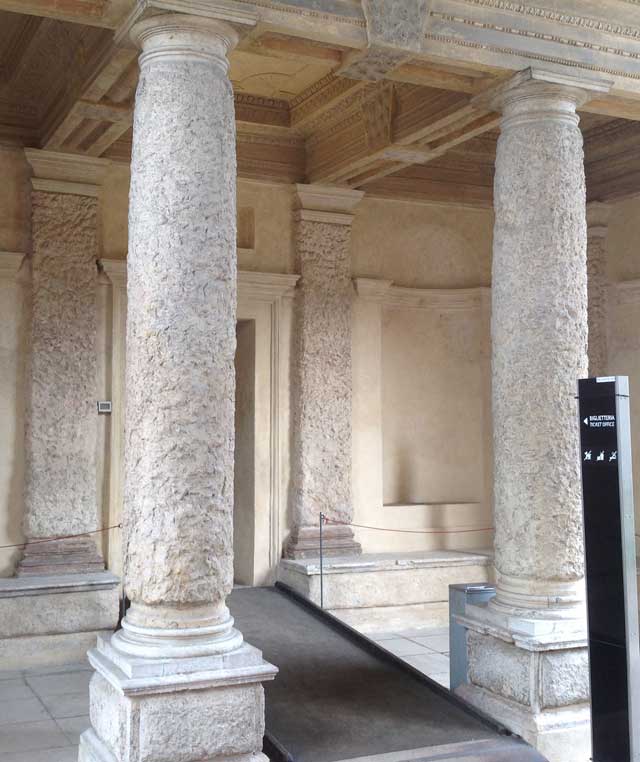 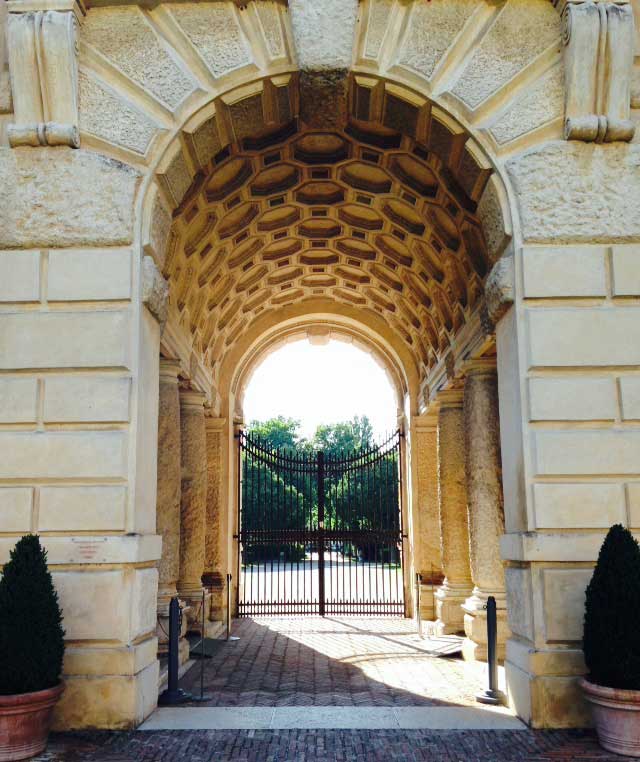 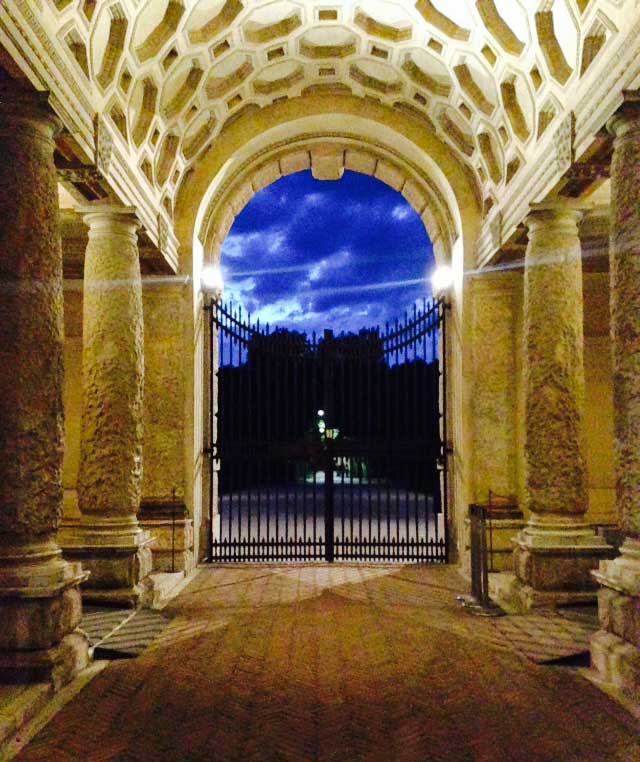 The west entrance is aligned with the entrance to the loggia of David beyond the court yard of Honour and is inspired architecturally by the atrium of the Roman domus (house). This layout was known during the sixteenth century thanks to the circulation of Vitruvius’ writings.
The rectangular space is divided into three parts: the central part with its barrel vault and octagonal coffers is delimited by four columns (two each side) supporting the vault. The bases and capitals of the stone columns are finished in detail, while the shafts are worked in such a way as to seem still at the rough stages of the stone quarry. The rough surface recalls the plaster and stucco rustication found throughout the Palazzo and used in the atrium for the pilasters along the walls.
Giulio Romano creates an interesting play between real and imitation stone that recalls the theme of nature and artifice found right through the decoration of the palazzo. The rustic pilasters around the walls alternate with alcoves, while a stone step runs around to provide seating space. To the right of the atrium are two rooms used by the prince’s staff in the sixteenth century and known as the “public dining room” and “private dining room for the officers”.
Nowadays these are used for exhibitions.