Chamber of the Candelabra

Chamber of the Candelabra 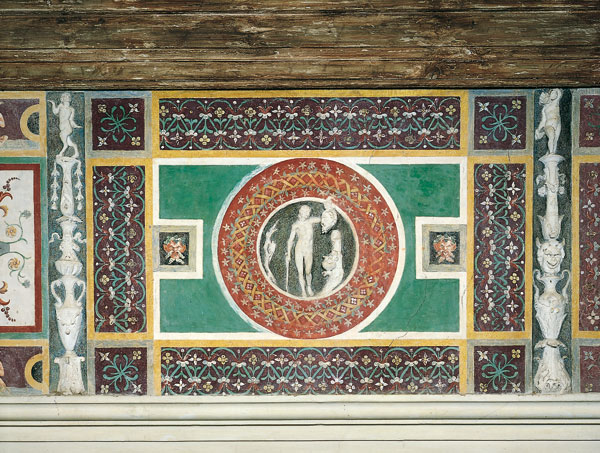 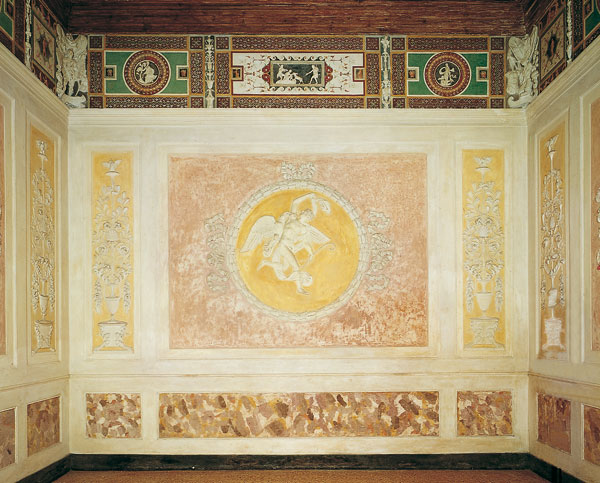 Decorated by Staffieri in 1813, the walls and ceiling of the chamber give the room a neo-classical air.
Contemporary to the building of the palazzo, instead, is the frieze with stucco candelabra. From a drawing by Giulio Romano, it gives the room its name. Standing out in the corners are triumphs of weapons and barbarian prisoners.
The contrast between the white relief work on dark green and red backgrounds adds intensity to the relief, which comprises a series of stuccoes and painted scenes of figures from classical mythology, the Bible (David and Judith) and Roman history (Tarquin and Lucretia). Models of virtue alternate with those of vice, as exemplified by the scene of Hercules at the crossroads.
As payment papers show, the stuccoes were carried out in 1527 by Giovan Battista Scultori and Nicolò da Milano, while the painting was the work of Agostino da Mozzanica.