Chamber of the Emperors

Chamber of the Emperors 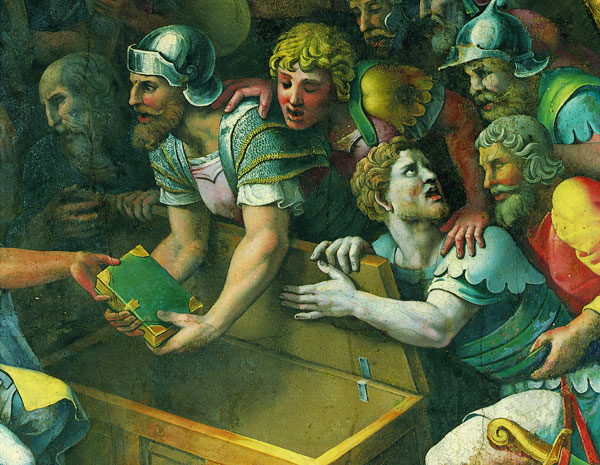 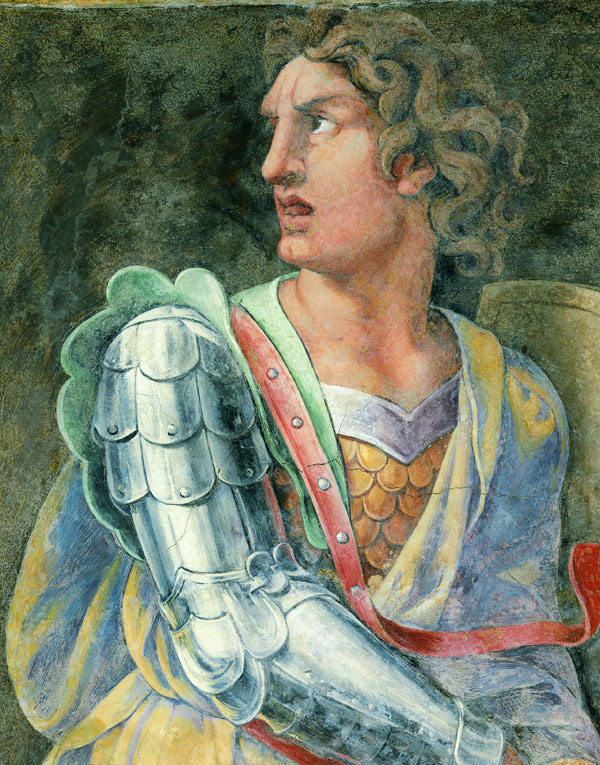 The room, whose decorations may be dated back to the years 1530-1531, is so called because of the images of rulers and commanders painted on the ceiling, extolled as virtuous examples taken from ancient history.
The fresco in the hexagon in the center of the vault is devoted to an episode, narrated by Pliny, Caesar ordering the letters of Pompey to be burnt, which aims to celebrate the greatness of Caesar’s soul, who, after the victory of Pharsalus, refused to read the letters that proved the link between the defeated enemy Pompey and the leading men of Rome.
The two round frescoes on the long sides of the vault depict examples of noble gestures of ancient kings and generals : Alexander the Great who puts the Iliad in a casket (South wall), honors Alexander’s noble decision of storing the books of Homer in a gold casket taken from his defeated enemy, Darius king of Persia; The Continence of Scipio (North wall), glorifies the resignation of Scipio to hold a young prisoner woman.
The sides of the vault are occupied by six vertical rectangular frescoes with figures of emperors and warriors : Alexander the Great (East wall), Julius Caesar and A Signifer (South wall), Augustus (West wall) ; A Warrior and Philip of Macedonia (North wall) .
The corners of the ceiling, decorated with octagons on a light blue background, house four ovals, supported by putti and winged Victories, showing the Gonzaga’s devices: Cupid in the small wood (South-East corner), Mount Olympus (South-West corner), Salamander (North-West corner), Zodiac (North-East corner). This one presents the earth in the center of the universe, as pointed out by the Latin motto : ” IN EODEM SEMP[ER] ” (‘Always in the same place’).
The frieze is of the late eighteenth century (the original is lost).
admin2019-10-02T18:07:52+02:00