Chamber of the Giants

Chamber of the Giants 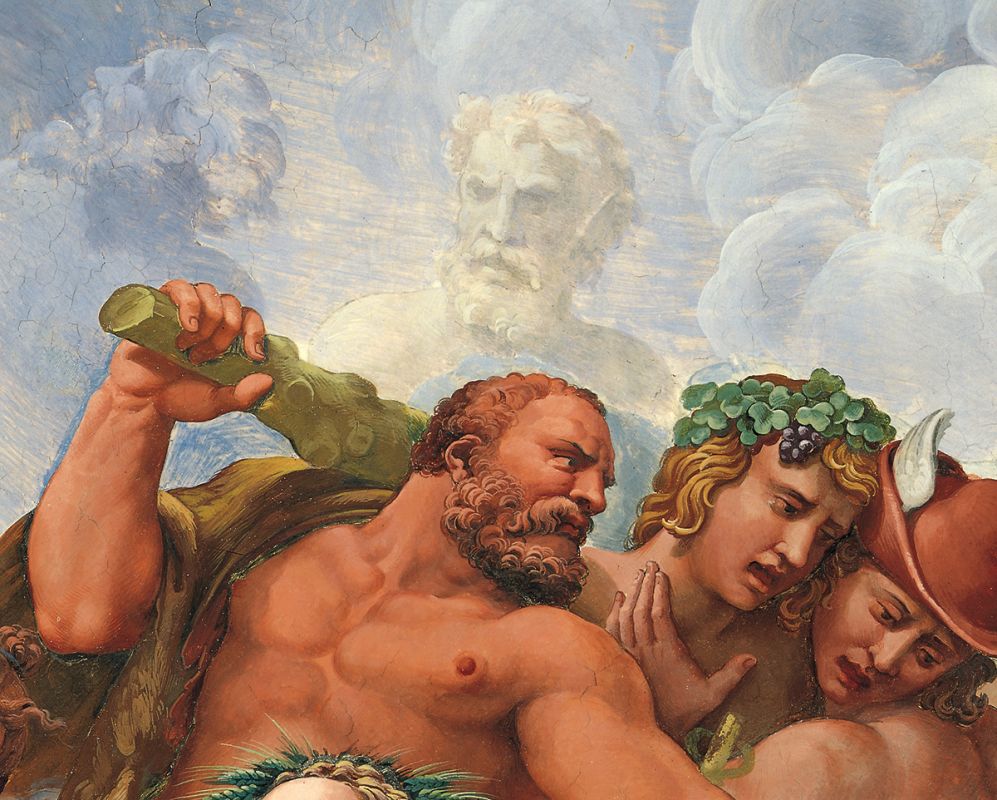 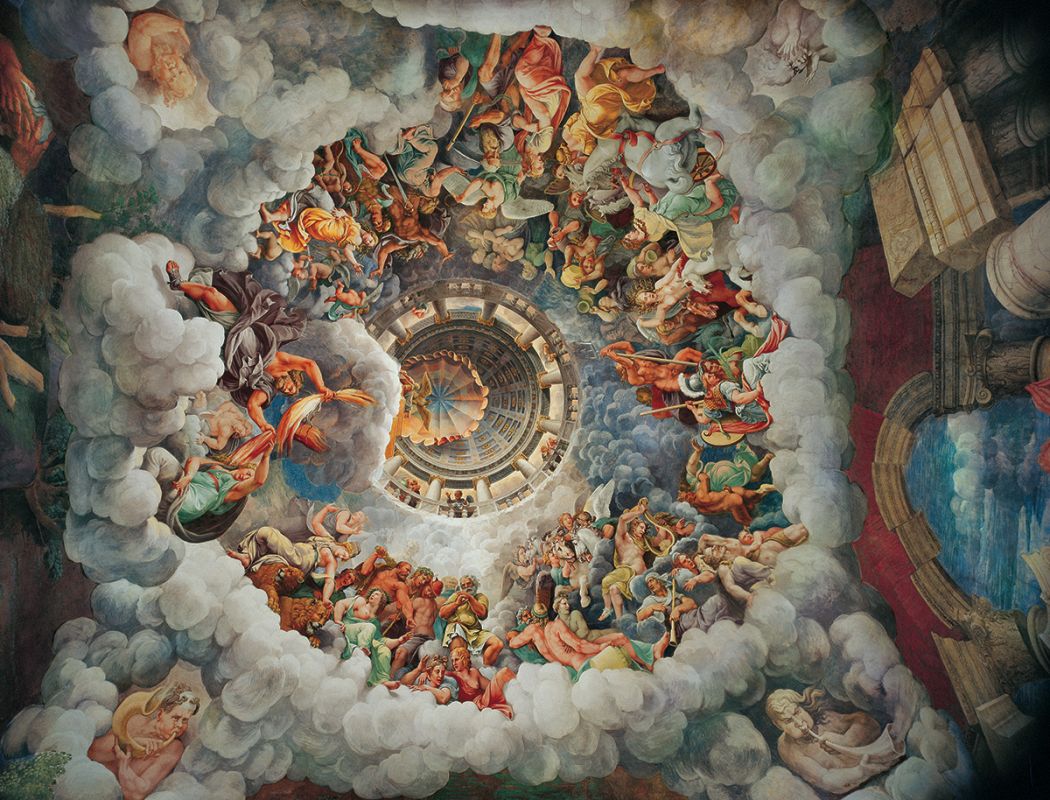 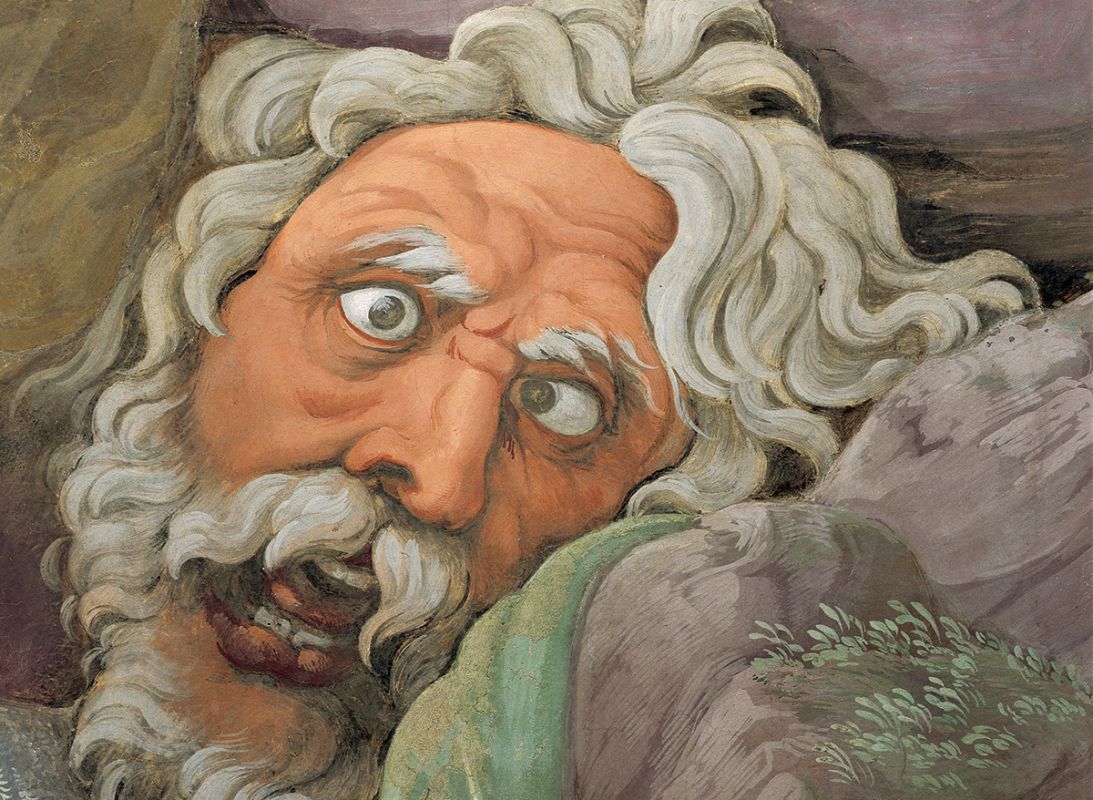 The room, finished between 1532 and 1535, tells the story of the Fall of the Giants, taken from The Metamorphoses by the Latin poet Ovid.
The room is the most popular and spectacular of the Villa, both for the dynamic and expressive power of the huge and tumultuous images, both for the bold conception of a painting that denies the limits of architectural environment in such a way that the painting has no other spatial constraints but those generated by the pictorial illusion. Giulio Romano in fact conceals the cuts between the horizontal and vertical levels by smoothing the corners between walls, those between the walls and the ceiling and creating a floor, now lost, made up of a mosaic of painted river pebbles, at the bottom of the walls (this part has been remade by eighteenth-century restorations). With this amazing illusion, the artist intends to catapult the viewer into the heart of the event taking place, to leave him in awe and alienation.
The scene is set when the divine vengeance is unleashed against the wretched Giants, who from the Greek plain Phlegra, attempt in vain to assault the Olympus, stacking the Mount Ossa on top of the Mount Pelion. Jupiter leaves the throne and descends below the clouds, summons the assembly of the immortals Olympians and, assisted by Juno, he hurls thunderbolts against the rebels: some of the Giants are hit by the fall of the mountain, others are hit by fast-flowing streams of water, others are knocked down by the collapse of a building. The scene was originally made even more dramatic by the glow of the flames produced by a fire place set, on the wall between the windows.
The floor, designed by Paolo Pozzo, dates to the late eighteenth century.