The purpose of the building

The purpose of the building 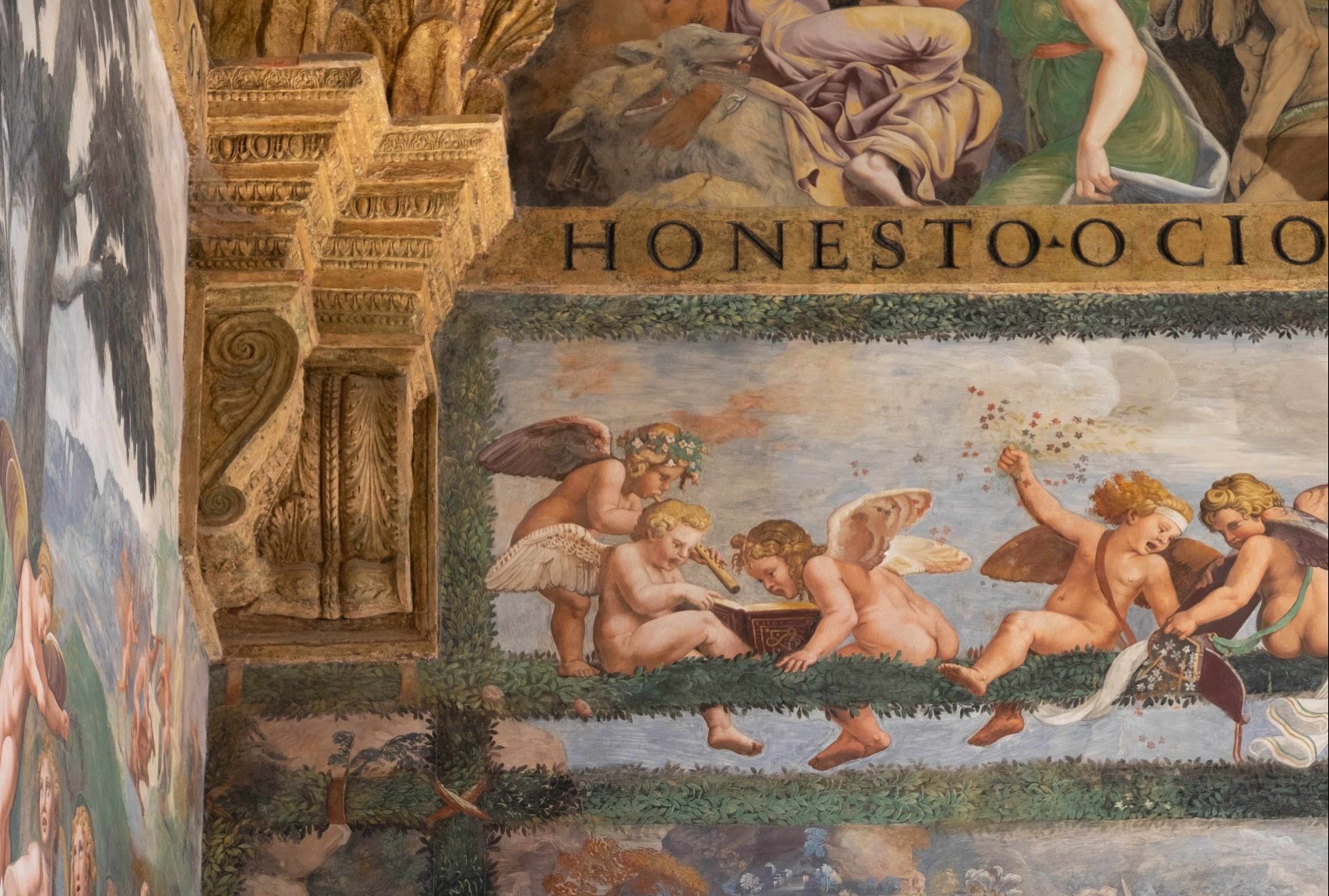 The meeting between Giulio Romano and Federico II Gonzaga, and ensuing commission to build Palazzo Te is evocatively described by Vasari in his Lives of the Artists.

When Giulio came to Mantua in October 1524, the marquis provided him with a house, showered him with gifts and, after giving him one of his favourite horses, rode with him to the Te island. Here Federico charged Giulio to renovate the existing stables to “build a small residence to which he could retire sometimes to feast, or dine for pleasure”. Although the original intention seems to have been fairly modest, Vasari tells us that when the marquis saw Guilio’s beautiful model, he immediately ordered him to start construction of the palazzo.

The purpose of the building is also clearly expressed in an inscription in the chamber of Psyche: this is a Palazzo for free time and enjoyment, for the honest leisure of the prince, whose energy is restored amid the peace and calm. Palazzo Te was often used by the Gonzaga family to receive and honour important guests, as is the case of the visit by emperor Charles V, who stayed at the Te on two occasions, in 1530 and 1532. Henri III, king of France, was received here in 1574.